Asian Fashion Trends on the Horizon

Predicting the fashion industry is a daunting task, and saying what will sell well in one place is even more difficult. The problem is that fashion is open to interpretation of culture and location, as can be seen in various fashion subcultures that exist in separate countries. Japanese fashion has been a perfect example of that with the classic school girl look that failed to be a hit in most other areas on the globe.

What sells in Europe may not sell in Asia, and likewise Asian fashion that is popular in Korea, China, and Japan may fail to make an impact in the west. However, in recent years Japanese and Korean clothing has begun to make a real mark in the worldwide fashion industry, and is now one of the major trends even in western markets.

With this trend looking like continuing in 2013, we can take a look at what to expect next year from Asian fashion.

Vibrant and vivid colours are set to make a comeback, and even major European and American designers are embracing it. Of course colour has always played a major part in Asian fashion and Korean and Japanese fashion is going to reflect that in 2013, and it will also influence western styles. 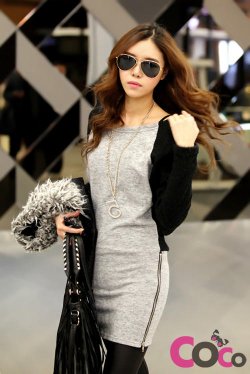 Another thing that has been prominent in historic Asian fashion designs is flower prints and flamboyant patterns. This has been toned down in recent years, but is set to come back big time in 2013, so expect to see Korean fashion infused with golden patterns and sequins.

It has been speculated that the Asian fashion scene is going to explode with metallic colours next year, with silvers and gold’s giving garments a metallic look. As most fashion aficionados know, not every predicted trend comes to fruition, and I think this one may fall by the wayside.

For many years Japanese fashion has been a major force in artistic and functional denim design, and it looks like Japan will lead a worldwide trend in denim fashion in 2013. Buyers can expect to see denim used to make everything, not just traditional jean pants, but also shirts, and jackets.

Often seen as too clinical in the past, the white shirt has been reserved for business purposes or very formal occasions. However next year there is set to be a growing emergence of the white shirt as something far more elegant and refined, that can be used in casual outfits and with coloured clothes. Asia has always been far more sympathetic to the white shirt than in the west, and Korean fashion is leading this growing trend.

To find the current Asian fashion trends follow coco-fashion.com, where the up and coming Korean clothes will be showcased first.